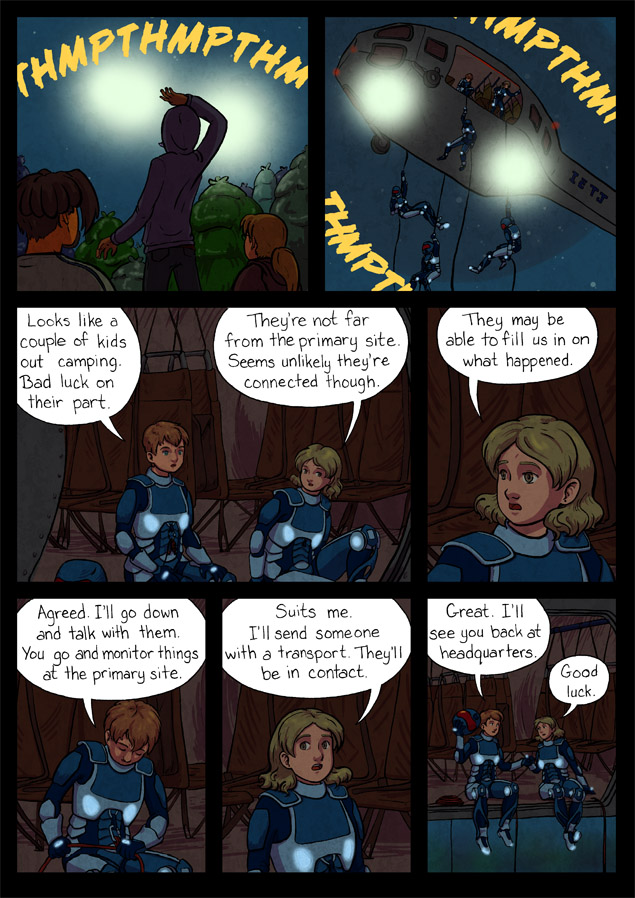 So... it's been a while! Sorry about our lack of communication. I have been dealing with medication issues, health issues, and life issues. Yaaay. In all seriousness though, things are on the right track towards awesome Ashayta tiems [sic], but I'm having to take things slowly for a while. So on that note, we'll be moving Ashayta to a "whenever we get to it" schedule until I can get up to speed again.

Some things are making it easier for me to work on the comic, such as the purchase of a 22 inch Wacom Cintiq (and it is soooo goood) and actual sound effects fonts, premiering in the page above! Now I have no excuse to whine and moan about how much I hate hand-drawing sound effects, and I can just start whining about fitting text to a path instead! Blessedly, the latter takes much less time.

Shamus also pointed out that my reluctance to use the air conditioning to make a living working environment in our apartment is silly, and that I should think of the increased energy costs as the rent on a livable studio environment. Since the Cintiq emits a fair amount of heat (which will be awesome in the winter), I am bowing to the wisdom of his words, and turnning the AC on while I work if it's hot out.

Hopefully the next page won't take so many months to get around to me chatting with you lovely folks again, and we plan to keep a much better handle on our social medias for update announcements and so on. Talk to you soon!