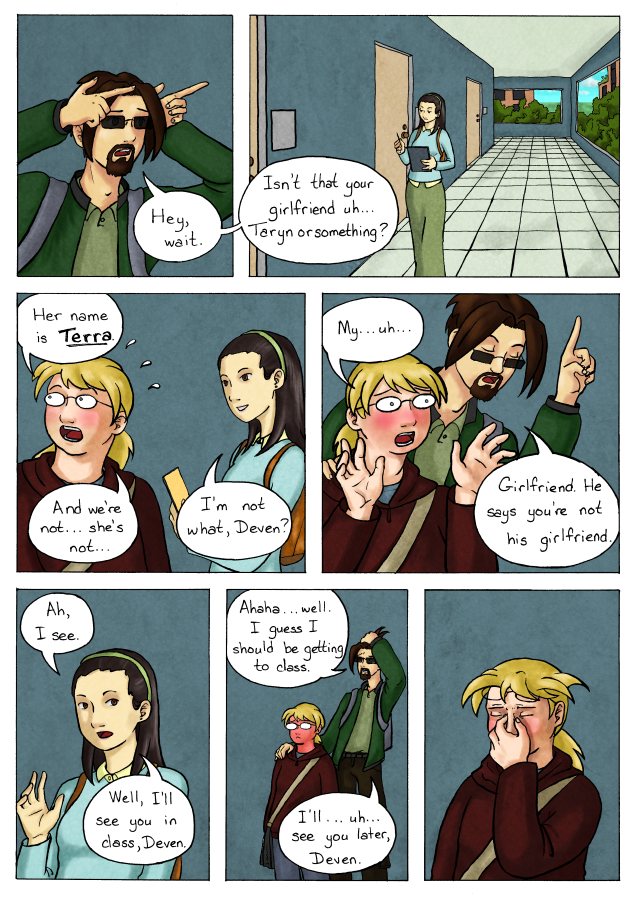 We were hoping to get this comic up last night but there were... Painter issues. Anyway, Lesley got this finished up before she headed to work this morning so here it is!

And by Painter issues, he means every time I tried to colour Lance's sunglasses, the whole thing would crash in a spectacular manner, with at least one try having me fearing file corruption. I didn't breathe much during that reload.

I really wanted to add a panel in the middle of that second tier that was Deven whipping around to face Terra and him screaming "GAH!!!" but it would have made things rather cozy. Also, I love the 75 pixels worth of clouds in the hallway shot. Love them.

Hooray! I like this comic, and it also makes me wonder how many deeper shades of red Deven can turn.