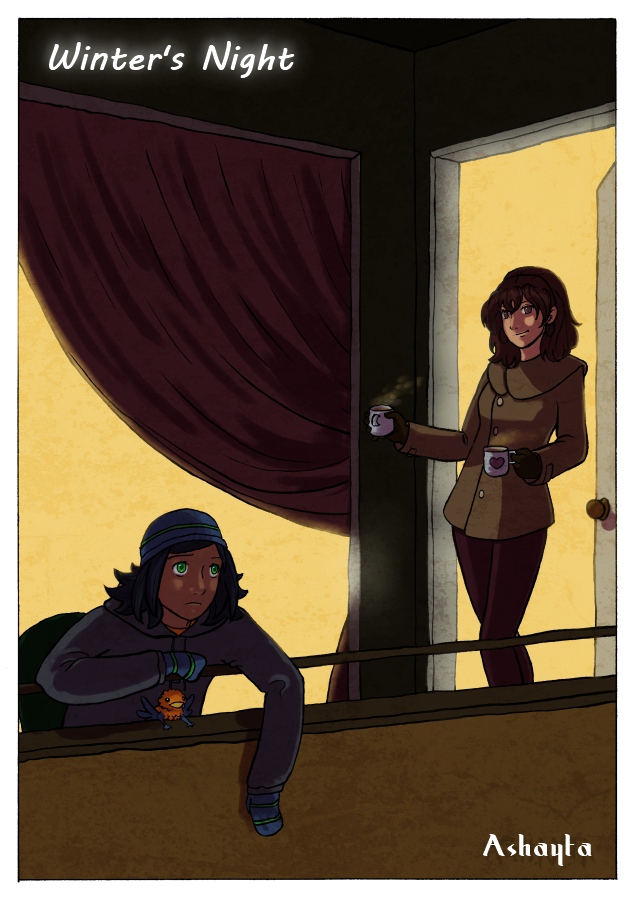 We're doing something a little special for the solstice so come back tomorrow to see! :3

Winter's Night is the Edanian celebration of the Winter Solstice. It is the longest night of the year, and as such can be somewhat dreary. Like the other seasonal holidays (the Dawn Festival, Summer's Night, and the Twilight Festival) it is a three-day event. Traditionally, it is a time for staying in with those close to you, celebrating the end of the days getting shorter and the beginning of the final quarter of the year, and the climb back towards spring. It also has a darker aspect; winter is ruled by Tigraine, the dark sister of the Edanian gods, and Winter's Night is seen as the passing of the peoples' well-being from Eden itself (the ruler of autumn) to Tigraine.

The first day of Winter's Night is the final day of Phaeton, the last month in autumn. Most will take the opportunity to sleep until dawn, and then be out and about during the short daylight hours. There is no particular traditional rituals associated with the first day; most will use it as an excuse to get errands done before stores are closed during the next two days.

The second day of Winter's Night, the solstice proper, is spent making merry with the ones that you spend your daily life with: your family and closest friends. An evening meal, starting as the sun goes down, is meant to remind you of who is there for you as the darkness encroaches on the world.

The third day of Winter's Night is a day to celebrate, or at least appease, the spirits and ghouls of Tigraine's domain. Tigraine is the goddess of shadow, death, and deceit, and the open, empty, and cold places of the world. Children dress up in frightening masks and costumes and visit their neighbours to get treats, usually prepared the day before and sometimes left over from the feast.