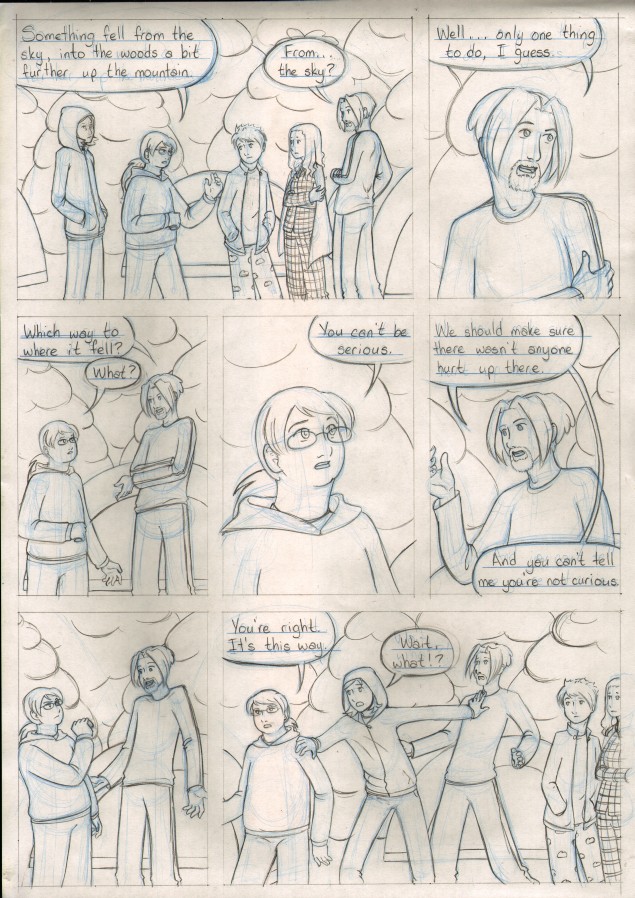 Behind the Scenes Day!

Ehehe, I'm not late with the comic, it's just behind the scenes day. Yeah. That's it.

See, here's the thing. I could have killed myself to get the comic up last night, but then I wouldn't have gotten to spend the evening with Shamus before he went off to Canada for a week and left me in a strange country with no friends except my cats. (Hush you guys from irc, I'm using dramatic effect here). Both cats are passed out behind me right now, and at least one of them would rather sleep on a grocery bag than on the bed with me at night. :c So sad.

Anyway, yeah. I am basically going to end up following whatever sleeping schedule my body feels like while Shamus is gone, and maybe trying to get my groove back. I have a drafting desk set up all slanted and proper like now, so that might just do the trick, if I can stop playing the Sims 3 for every moment that my eyes are open.

So I bet you're wondering what's going on with the comic, eh? Well, y'know, my husband is in Canada, and I've turned into a blob of useless. Now, I am finally getting myself pulled back together, and Shamus won't have time to throw up the page before he leaves for his airplane tomorrow (MOST LIKELY) (Thursday morning), but he'll have it up at some point within in the next 24 hours or so.

This also means that I get my husband back within that time, so I might end up being slightly less useless at doing the comic, so we all win! Yaaay.

In other news, I got a stovetop popcorn popper today, and now I want to eat nothing but popcorn for the rest of the week. Way better than microwaved, for sure (comic related news, oh yes).