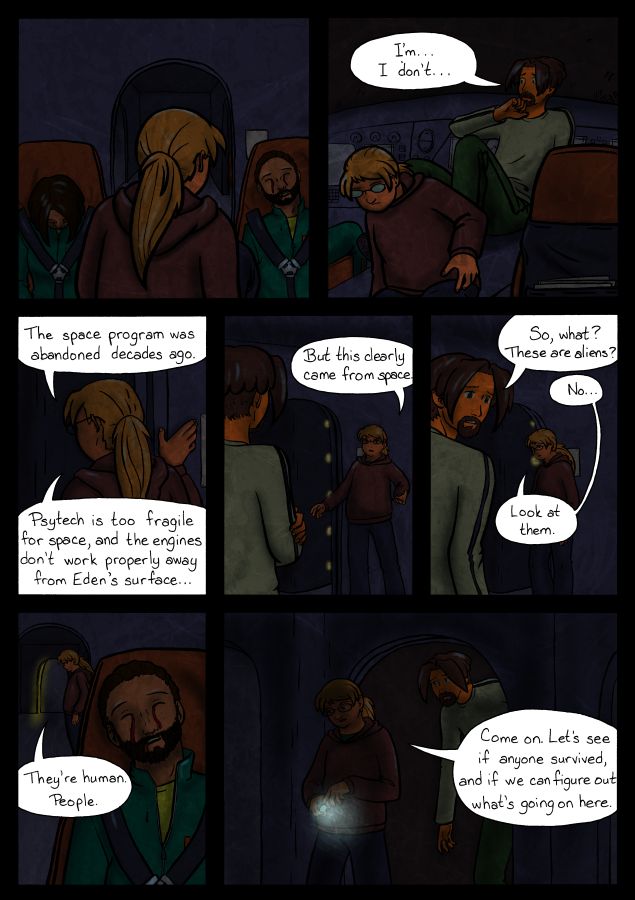 Eh, I figure Deven is just dealing with the shock of seeing dead people by setting his thoughts in order, out loud. Lance is dealing with it by becoming freaked out. Deven demands that this situation conforms to LOGIC.

In other news, I finally figured out why I haven't been able to make a decent cup of tea for the last 7 months. I got a water heater instead of a kettle when we moved to California, and I just followed along what I was told for temperatures. So the other day, I finally checked what the Celsius conversion for 195 Fahrenheit was, and discovered that I was steeping my teas in water that was WAY TOO COLD. I bumped the temperature up, and since then I have been drinking copious amounts of tasty, delicious tea with soy milk in it. Nommy!