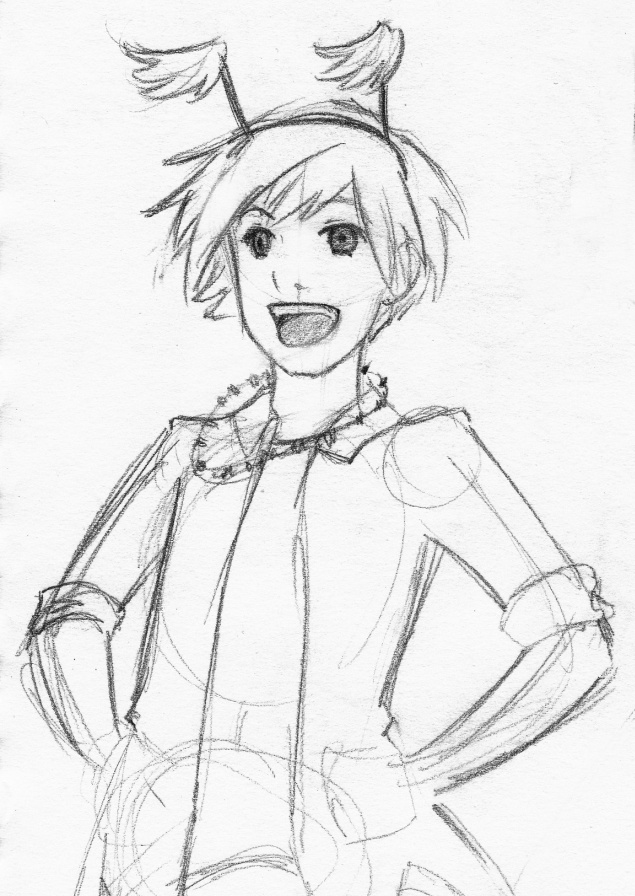 So having Shamus home for a week means that I get absolutely nothing done on the comic. He's back to work tomorrow, so I won't have anyone around to distract and bother, which means I should be back to work promptly on the comic. So sorry!

This is a sketch of Ash for a prelude that never saw page thumbnails. In the story, the main cast was celebrating the Dawn Festival, which is Eden's New Year, so I thought it was appropriate for missing today's update.

In other news, I finally got a new keyboard, so the C and enter keys work again, and this one is DISHWASHER SAFE. Not that we have a dishwasher, but still. We got the extended warranty on this one, so I can get it replaced twice in the next three years if it breaks again, seeing as I went through two keyboards failing randomly on me in 2010. Woo C!

Ash has problems. With his brain.