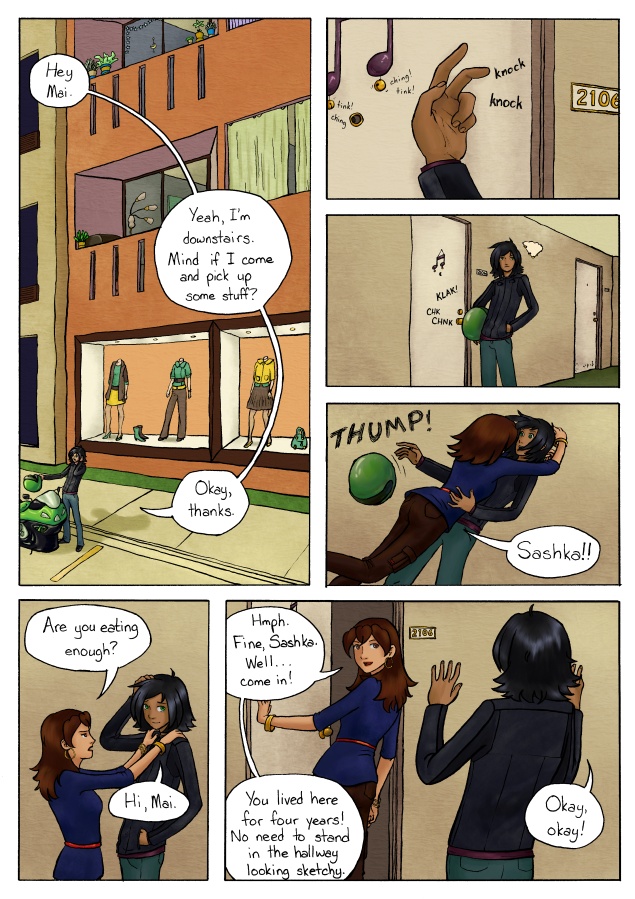 It's a Mai! Man, it's weird drawing curvy girls again. Mai and Sashka are my default characters. I revert to drawing them whenever I want to just doodle without anything grand in mind. Mai's so much fun because I can dress her up in just about anything and she'll pull it off somehow. I've been looking forward to her introduction.

So I'm still coughing from this awful cold that everyone in Halifax has. I'm starting to cough a bit less, but I wouldn't say I'm healthy yet.

Someone kick my ass into working on the next page. Colours take soooo loooooong. D:

Sadly Mai won't be in the comic too much right away, but we'll be seeing more of her in the future!

I am so tired guys you have no idea.