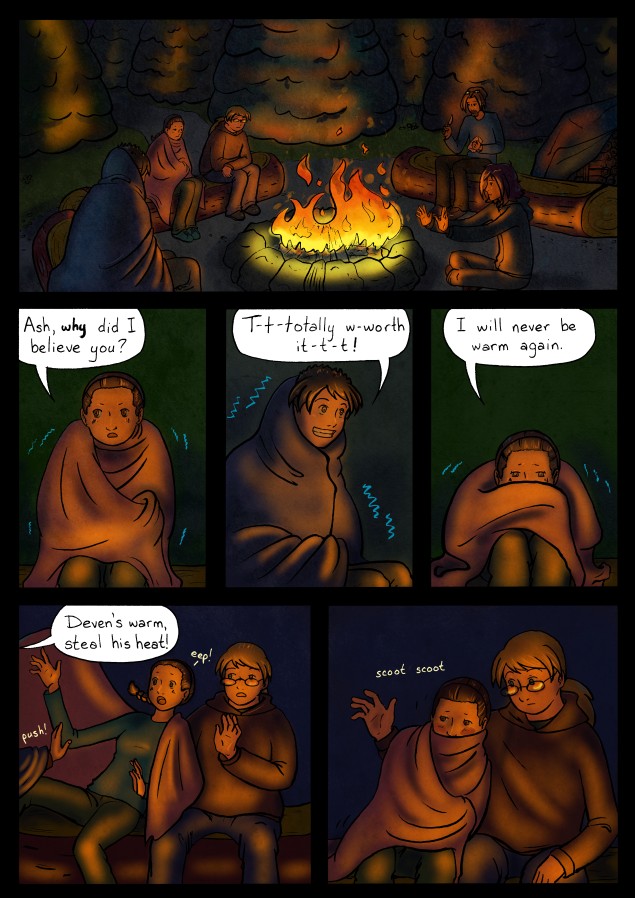 Sashka, you're going to burn your hands off if you get much closer to that fire.

Yaaaaaay, welcome to Thursday updates! Yay yay yay! We've been wanting to go back to Mon/Thurs updates ever since we stopped them in the first place, and now we finally have the luxury of doing it. I am, in fact, ever so slightly ahead of schedule, which is GREAT, because it means I may eventually move ahead to 3x a week (though that is still probably some months off).

So I restarted the colouring of this page about FIVE TIMES in as many hours. I tried doing it like the previous pages where I did the purple shading on multiply. I tried doing it... some other ways. I ended up going back to the beginning and combined an entirely new way with the old way I painted, and so you see what I've come up with. I'm pretty pleased with it. I hope you're happy that I decided not to sear your eyes out with white borders.

In other news, we've been fiddling with the inkOUTBREAK! stuff, so maybe we will actually show up on their lists when we update from here on. That would be something, wouldn't it?